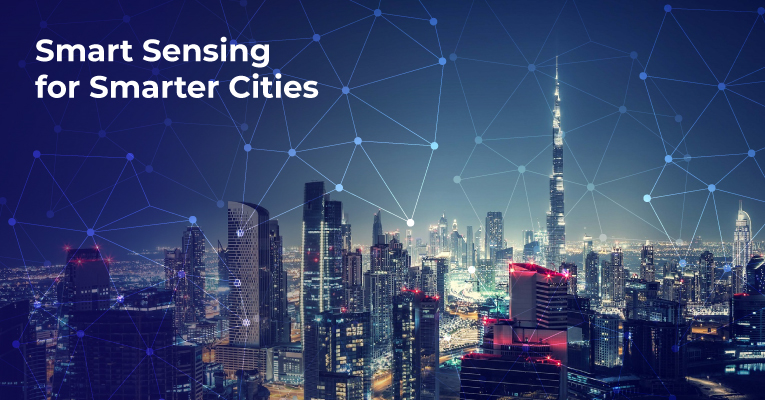 Dubai – the land of what dreams are made of, the land of great architecture and the land where the impossible is made possible, a land which was a desert a few decades ago (difficult to believe for many) is now one of the fastest growing city in the world. The rate at which Dubai has progressed is mind blowing, to say the very least. What we perceive as growth might be the great architecture, the buzzing tourism and the per capita income of the city. However what one fails to see is how Dubai is one of the world’s first smartest city and is one of the world’s fastest adopters of the Internet of Things. It is estimated that the IoT solution market in the GCC will be at $11 billion by 2025, which will generate a revenue of $160 billion. WOW!

IoT is a network of devices embedded with electronics, software and sensors and enables objects to be connected to and communicate with each other. The data collected can be stored and analyzed for further research. IoT is reshaping the world and creating smarter cities through automation, by making lives easier, simpler and smarter.

Dubai and the Middle East have embraced advanced technology much earlier than their counterparts. With an increased number of broadband devices, connected services and smart city initiatives, the Big Data generation has only been growing exponentially. About 70% of the companies have digitized their entire process and is now one of the crucial factors for businesses. So how has IoT made Dubai a smarter city?

How has the implementation of IoT impacted the businesses and the lifestyle of Dubai, making it one of the most sought after places in the world?

However, it was not an easy path as any smart city has a few concerns. The major challenges Dubai had to face and overcome were:

In spite of the above cons, IoT is still a sought after development. It is growing at a rapid pace and must be embraced for the growth of a business or a city! IoT covers a wide range of aspects of the growth of our economy!

ABOUT
About WatchNET IoT
Blog
Events
Newsroom
Products
Why WatchNET IoT?
Where to buy?
Contact Us